Who moved my cheese – book review

If you ask a room of people to raise their hands if they think other people are afraid of change, expect most hands to go up. Interestingly if you ask that same room if they are individually afraid of change, very few will. Such is the challenge of change and the denial it brings within us, where the book, who moved my cheese, is designed to help with this. With over 28 million copies sold, this book has some great insights, despite being only 94 pages long, where my favourite one of all is this idea that a change imposed is a change opposed.

Anyway, the book is told in the form of a parable and describes how the protagonists (2 mice and 2 mini people) find a source of cheese in a maze (cheese being what they all seek) where suddenly their life is transformed from constantly searching for the cheese, to having it there whenever they want. Then one day, the cheese is gone. Of the four protagonists, it then describes how they each individually react to this, where the key contrast ends up being between the 2 mini-people where one opts to look for new cheese and the other remains, despite there being no chance of the cheese returning.

The interesting point the book makes is that in the first instance, both the mini-humans resist the change, yet one ends up choosing to leave as he recognises the futility of remaining, while for the other, the fear of tackling the change is overwhelming so he does nothing. With that, the one who embraces the change ends up learning the following lessons:

Overall I would recommend this book to anyone who is going through a period of life where change has happened to them and they aren’t happy about it. While the parable is a simple one, the point it makes is well made. That most people are confronted with at one point or another in their life, a moment where change is imposed upon them. For the business owner, it may be a new competitor. For the employee, it might be a new boss, or worse yet, enforced redundancy. It could be a forced move to another country. Or it could be a change in personal relationships. Whatever the change is, the point remains that when we have it imposed upon us, what matters is not that the change has happened, but how we then respond, where the sooner we adjust to the new paradigm, the sooner we can return to a happy equilibrium.

The 11 benefits of guest blogging

The One Minute Manager - book review 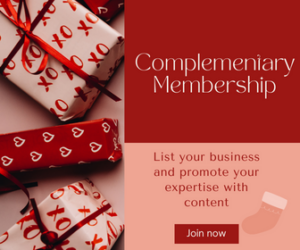